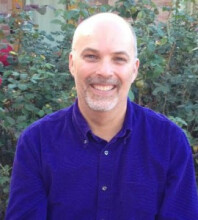 Pastor and Head of Staff (for over 20 years!), Reverend Steven Melde is originally from Scottsdale, AZ. Pastor Steve earned his Bachelor of Science Degree at the University of Arizona and a Master of Divinity from Princeton Theological Seminary, Princeton, NJ. He served as Associate Pastor at Grosse Ile Presbyterian Church in Grosse Ile, MI, from 1988 to 1996. He returned to Tucson in August 1996 to become Pastor of CPC. Steve remains an avid UofA Wildcat Fan. Steve’s wife, Debbie, is a Middle School Math teacher with the Amphi School District, and they have two children. Their son, Scott, and his wife Nicole, have a two sons, soon to have three, who bring great joy to the Meldes (and the congregation). Scott and Nicole work and live in Tucson. Their daughter, Erin and her husband, Brennan Redd, live and work in Tempe, Arizona. 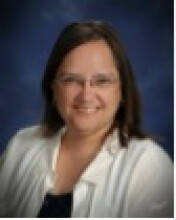 Director of Children’s Education, Robin Gilbert was born in Toledo, Ohio, but has lived in many places including Germany and England as an Air Force wife. While being stationed at Davis Monthan Air Force Base, here in Tucson, she took her love of children to new levels as a Boy Scout leader, Girl Scout Leader, coach for t-ball and soccer for her children, and a Sunday School teacher at Christ Presbyterian Church. She finished her Bachelors of Science Degree in Education at Northern Arizona University and is currently teaching 1st grade at Safford K-8 International Baccalaureate where she has been teaching for five years. Now that her two children are grown, she was excited to become more involved in the education of the children here at CPC by becoming our director of children’s education. 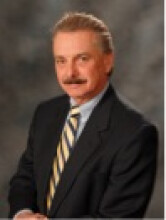 Facility Manager, Lon Bothwell grew up in Tucson and attended Sahuaro High School.  He continued his education at the University of Arizona where he earned his Bachelor of Science Degree in Agriculture.  He obtained a Masters of Management at the University of Phoenix.  Lon retired from a successful law enforcement career in Arizona where attained the rank of Captain.  Upon his retirement, he worked as a Project Manager within the construction industry until creating his own facilities management company.  Lon’s love for adventure takes him traveling around the world to exotic locations on hunting trips. Closer to home he enjoys skiing, fly fishing, dancing, trips to Mexico and the movies. 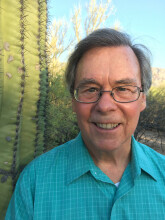 The Church’s Bookkeeper, Doug, Wingert, is originally from Illinois, but has lived in Tucson for many years.  Doug first met Judy, (his wife to be), at a summer church camp when they were both in high school.  Doug and Judy are both University of Arizona graduates, (Go Wildcats)!  They married in 1973 and have three grown children and several grandchildren.  Doug’s careers have included many years in banking, and additional years working for nonprofits in bookkeeping and human resources.  Doug’s volunteer work has included more than 20 years with a local Boy Scout troop, about that same amount of time with a local Kiwanis Club, and many years as a church treasurer.  Doug is semi-retired and enjoys regular bicycling and hiking.  When time allows, Doug also likes to vacation to the ocean to enjoy snorkeling, kayaking and deep sea fishing with friends.

Stella is the  Office Manager of CPC.  She is enthusiastic to give  information about church events, help with reserving rooms or contributing articles to the KIVA ,  announcements to the Sunday bulletin or Friday Flash.   She is interested in almost too many things, including art, literature, movies, TV, your pets, food, history, music, insects, and the weather. If you would like to talk to her about any of the above, she would love to hear from you. 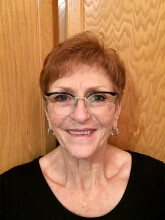 Debby joined Christ Presbyterian Church staff as the Coordinator of Congregational Care in January of 2019.

Debby and her family joined CPC in 2009 and served in organizing the Compassion Connections Visitation Ministry.

She is a caregiver for her mother, Dot Young. Debby is blessed with 2 adult children, 6 grandchildren, 1 great grandchild and their families who live in Tucson.

Her heart and passion are in serving in the ministry for elderly and VIPP (Visited In Person People) to share with them of the love of Christ and their church family.

Luke Diamond is a baritone, composer, pianist, and conductor residing in Tucson, Arizona where he serves as music director at Christ Presbyterian Church and for the Tucson Barbershop eXperience ensemble.  He is currently pursuing a master's degree in choral conducting at the University of Arizona, where he also is conductor of the Bass Glee Club and assistant director of Coro.  He recently was engaged to lead the Tucson-based community Summer Chorus, as well as Voices in the Oaks Chorale, located in Oracle, Arizona.  His compositions have been featured on performances by the West Virginia University College of Fine Arts and El Hogar de Niños Enmanuel, and notably include the opera Ma Grâce te Suffit, and the musicals What Have You Got to Lose, The Trouble with Gold, and This Ol’ Book.  Before moving to Tucson, Luke was Music Director for two years at Trinity Christian School in West Virginia and Assistant Director of the St. Patrick Catholic Church Festival Orchestra and Chorus.  He also served as the music director for numerous community theater productions, among them Jekyll and Hyde, West Side Story, and Singin' in the Rain. He holds a Bachelor of Music degree in Vocal performance from West Virginia University, and also studied conducting at Westminster Choir College and Bard University. 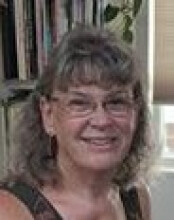 Susan earned her Bachelor of Music Education degree from Western Michigan University, with a double major of piano and choral conducting, and continued graduate work in music education.   She has a broad range of experience as a pianist, working with choirs, chamber groups, vocalists, instrumentalists and musical theatre.  Her teaching background includes over 30 years of piano instruction and 20 years teaching vocal and general music in Michigan & California public schools.  From 2000 – 2004, Ms. Simpson was on staff at the Puerto Rico Conservatory of Music.   Susan has worked as a church musician and choral conductor in Michigan, California and Tucson.  She is currently a member of the Tucson Symphonic Choir.  During recital season, Ms. Simpson accompanies students at Pima Community College and U of A.

On a personal note, Susan has two grown daughters, one in Tucson, the other in North Carolina, four grandchildren, and a mischievous little dog.